Home › SHIBARMY meets with the Turkish Minister of Economy, what does this mean for the SHIB token?

Shiba Inu (SHIB) is one of the most popular meme-inspired cryptocurrency tokens out there.

The community behind the token is known as the #SHIBARMY, and they are very vocal on social media channels.

According to an official Twitter post on March 9, 2022, the Shiba Inu Türkiye page posted an official update that members of the SHIB c    ommunity there had a face-to-face meeting with Mustafa Elitaş, which is the Deputy Chairman of the AK Party Group and Turkey's Minister of Economy.

This adoption of SHIB in Turkey could lead to a heightened level of utility and increase its overall value.

Should you buy Shiba Inu (SHIB)? 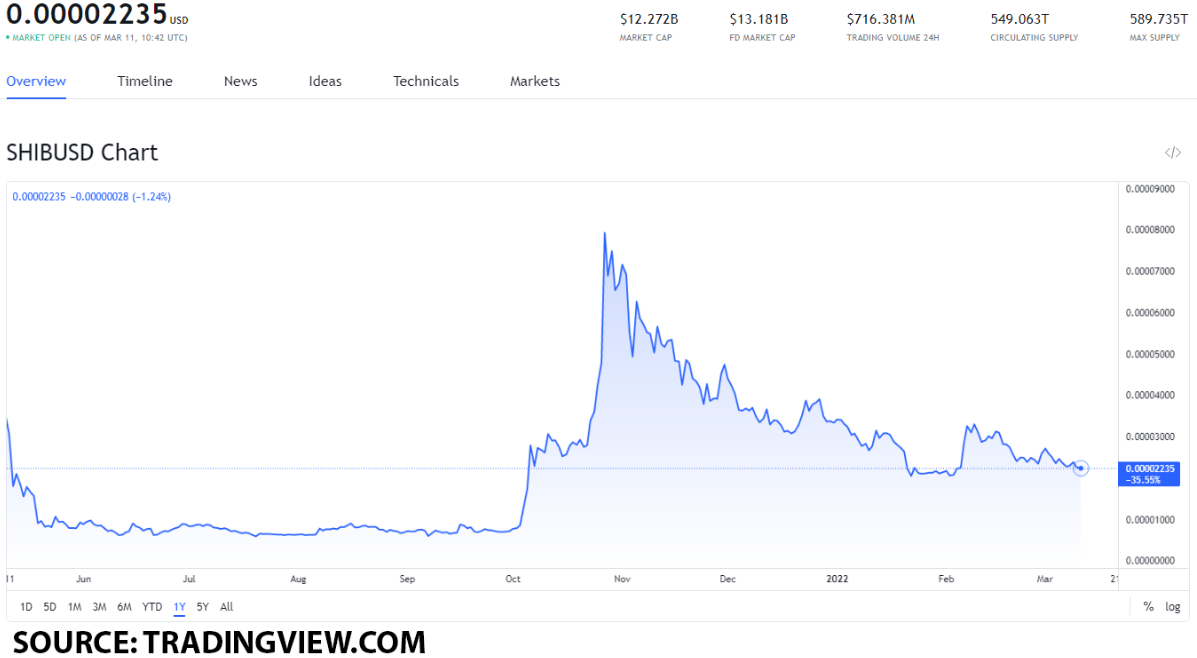 In order for us to get a better perspective as to what kind of value point this is for the SHIB cryptocurrency token, we will be going over it's all-time high point of value, alongside the performance it showcased throughout the previous month.

When we discussed the value of the token throughout the previous month, Shiba Inu (SHIB) experienced its highest point of value on February 7 at $0.00003477.