Home › What kind of impact will the OKCoin support have over the STX token?

Stacks (STX) is essentially the native cryptocurrency token of the Stacks network specifically used as a means of fueling the smart contracts and rewarding miners on the open Stacks network.

It fills the additional role of enabling holders to earn Bitcoin through the process of Stacking.

Stacks is an open-source network of decentralized apps and smart contracts that’s built on Bitcoin.

Support from OKCoin as a catalyst for growth

On March 11, 2022, OKCoin made an official announcement that they are partnering up with Stacks Startups and venture partners as a means of forming the next chapter in Bitcoin.

Specifically, they dubbed the effort as the "Bitcoin Odyssey," where they are pledging $165 million towards projects developing decentralized applications on Bitcoin and Stacks.

The project is supported by other venture capital firms as well, including Digital Currency Group, White Star Capital, GSR, and others.

This has led to a surge of value to the STX token and an increase in its overall trading volume.

Should you buy Stacks (STX)? 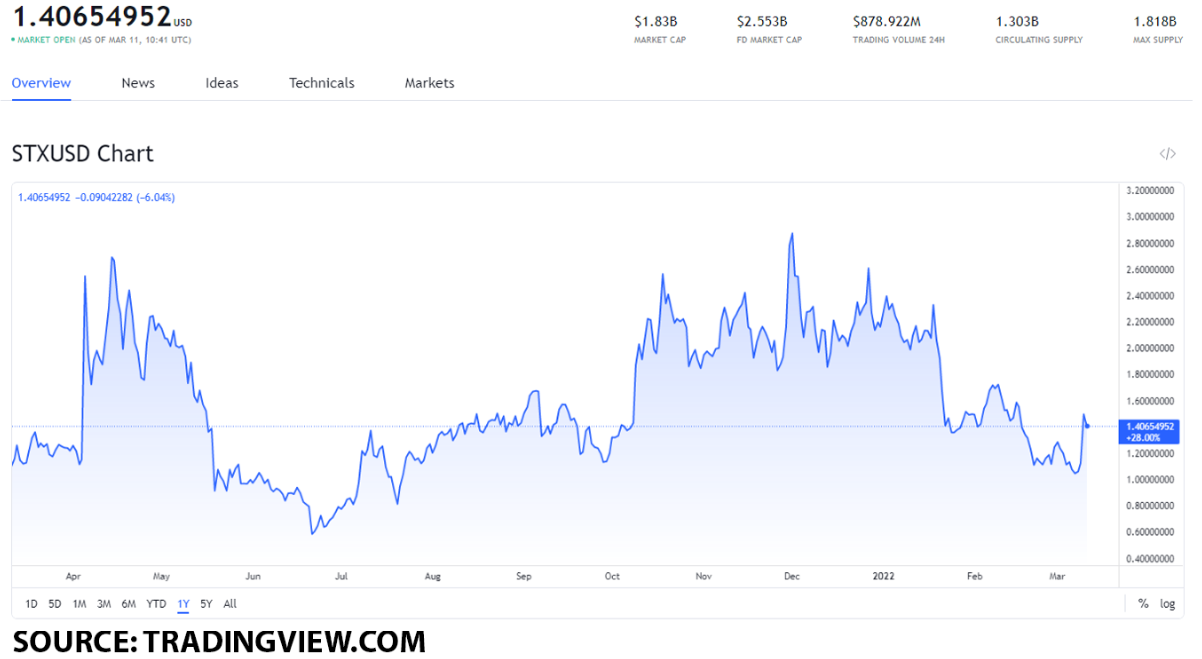 To get a better perspective as to what kind of value point this is for the STX token, we will be going over it's all-time high value, as well as its performance throughout the previous month.

When we go over the performance of the token throughout the previous month, Stacks (STX) had its highest point of value on February 10 at $1.76.

Its lowest point of value, however, was on February 24, when it decreased to $1. Here, we can see that the token experienced a decrease in value of $0.76 or 43%.