Huobi Token (HT) is a token officially launched by Huobi Global and supports all of its businesses as well as products, including offering VIP discounts and exclusive rewards.

Huobi Global (HT) is a leading cryptocurrency exchange that is dominant within Asian markets and was founded in 2013.

The Huobi Live launch as a catalyst for growth

Huobi Global has announced the launch of the streaming platform known as Huobi Live.

Huobi Live is specifically created as a means for increasing the overall engagement within and beyond the Huobi Global community through curated commentary on market and investment trends.

This will, in turn, open up a new channel for influencers and content creators to engage in existing and new followers.

This will ultimately grow the overall community and can contribute to the growth of the Huobi Token (HT)’s value.

Should you buy Huobi Token (HT)? 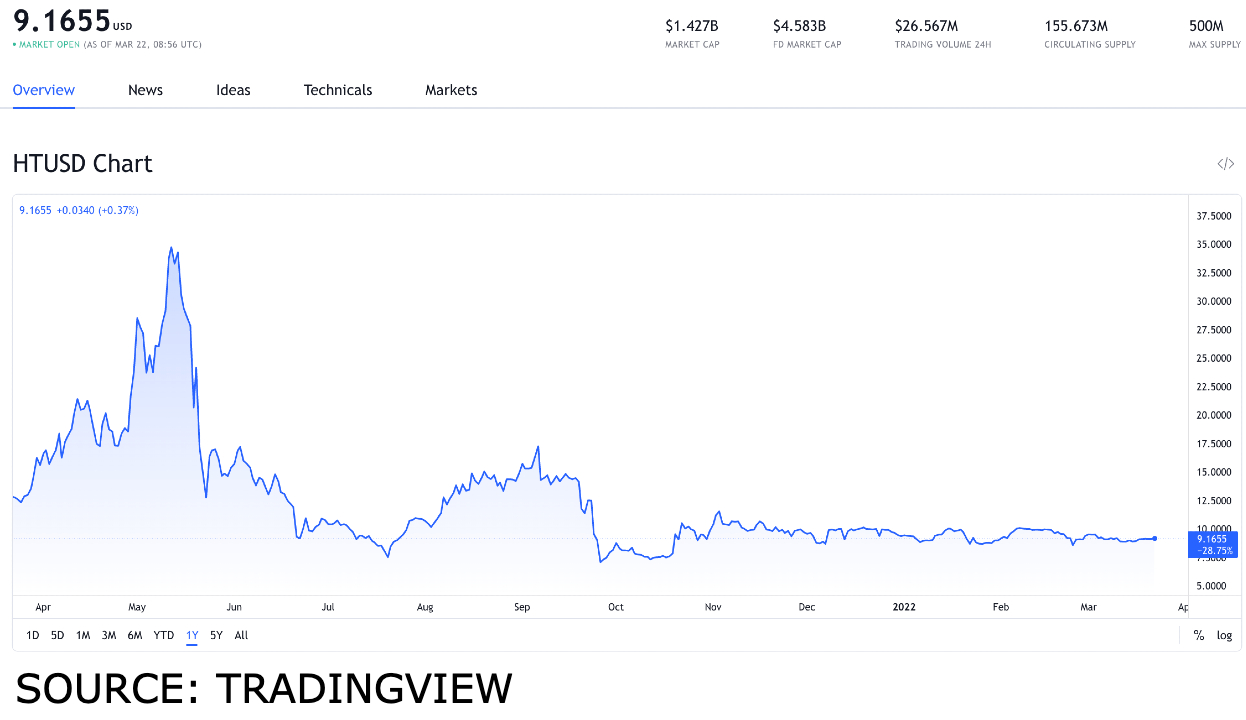 In order for us to get a better perspective as to what this value point means for the Huobi Token (HT), we are going to go over its all-time high value, alongside the performance it showcased throughout the previous month.

When we go over the performance of the token throughout the previous month, Huobi Token (HT) had its highest point of value on February 7, when it reached $10.18 in value.

Its lowest point of value, however, was on February 24, when the token decreased to a value of $8.11.

With all of this taken into consideration, HT can reach $12 in value by the end of March 2022, making it a solid token to buy.