Home › Is Ethereum worth buying after the successful merge on the Kiln testnet?

Ethereum (ETH) is the second-largest cryptocurrency in terms of market capitalization and is by far the most popular blockchain network, on top of which many developers build decentralized applications (dApps).

You will also find a lot of altcoins developed on top of the Ethereum blockchain, and it has paved the way in the early days for Decentralized Finance (DeFi)/

The Ethereum Foundation made an official announcement where they noted the successful "Merge" that took place within the Kiln testnet. This is essentially the final public testnet prior to the transaction to Proof-of-Stake (PoS), which is expected to occur throughout 2022.

Kiln is essentially the final public testnet prior to the transaction to Proof-of-Stake (PoS), which will occur throughout 2022.

As such, this marked a major milestone for the overall development of the Ethereum network, which is preparing to go through with the biggest change since its creation.

The Ethereum foundation carried on by asking stakeholders to run tests on Kiln as a means of ensuring that the transaction was smooth.

Should you buy Ethereum (ETH)? 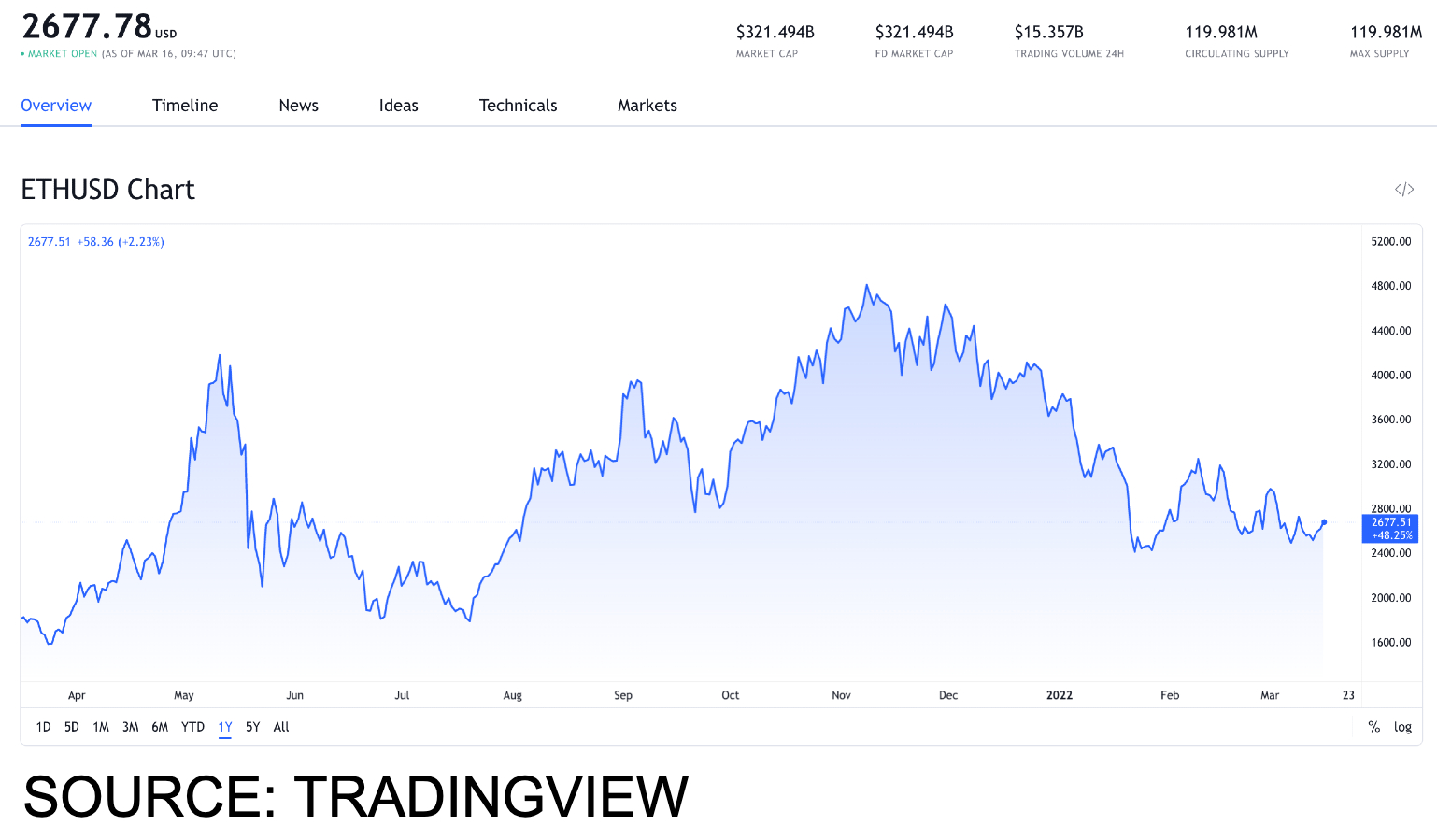 To get a better perspective as to what kind of value point this is for the Ethereum (ETH) token, we will be going over the token’s all-time high point of value, alongside the performance the token has showcased throughout the previous month.

With that in mind, when we go over the performance of the token throughout the previous month, we can see that its highest point was on February 9 at $3,257.68.