Home › Ethereum and Ethereum Classic: which token should you get on March 21 and why?

Ethereum Classic (ETC) has seen an increase in its trading volume by 45% throughout the last 24 hours, and its value has also increased by 6%.

The main reason for this growth could be the approaching Ethereum Proof-of-Work (PoW) to Proof-of-Stake (PoS), where ETC might become the go-to option for miners and become an object of capital speculation.

Ethereum (ETH)’s trading volume saw an increase of 20% in the last 24 hours. Furthermore, Ethereum’s founder, Vitalik Buterin, introduced proto-danksharding, which is a novel way to organize data logistics on March 19, 2022, in the EIP-4844 proposal.

The Ethereum balance on cryptocurrency exchanges has decreased to its lowest levels since 2018.

Nearly 1.61 billion worth of ETH tokens, or 550,000 ETH tokens, have left crypto exchanges ahead of its protocol’s potential full merge to Proof-of-Stake (PoS), according to data from Glassnode.

Should you buy Ethereum (ETH)? 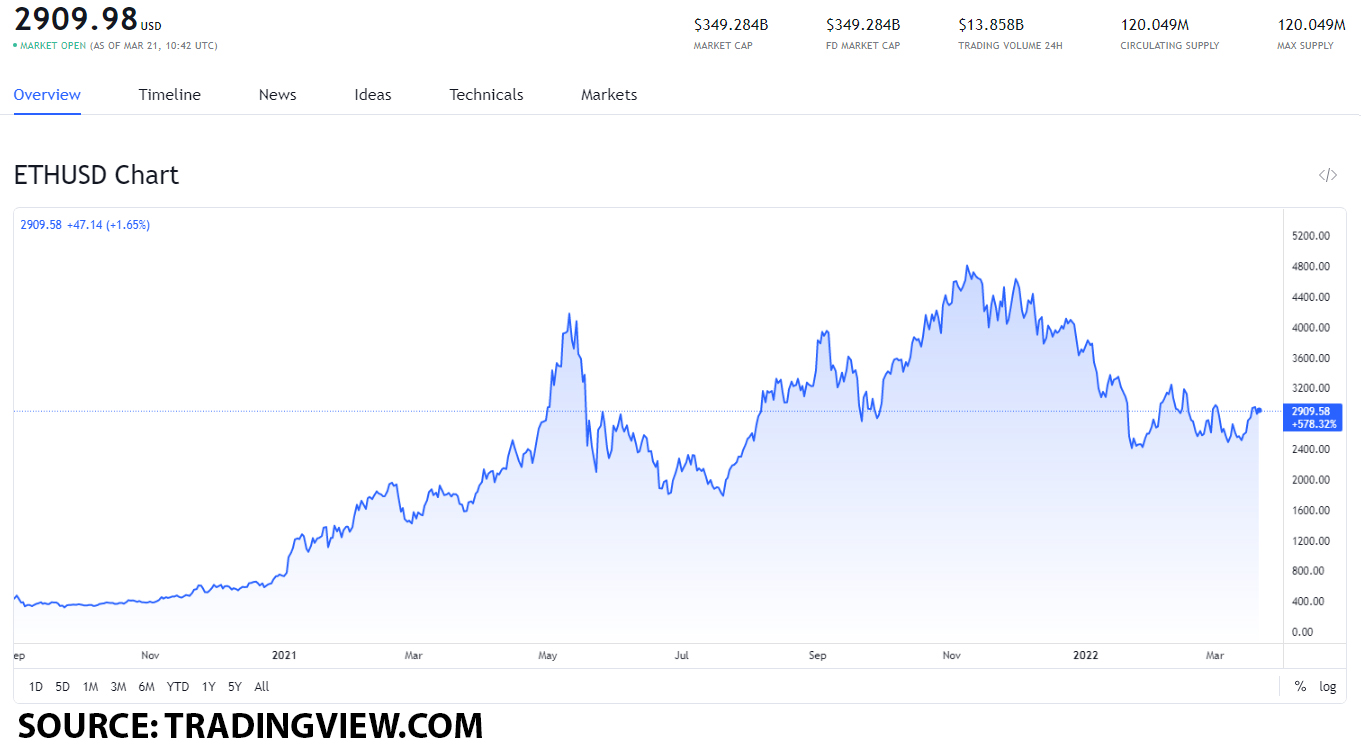 When we go over the performance of the token throughout the previous month, the highest point of the token was on February 9, when it reached $3,257.68.

The ETH token could see a massive increase in value after the switch to PoS; however, for the time being, it is also a solid purchase.

Should you buy Ethereum Classic (ETC)? 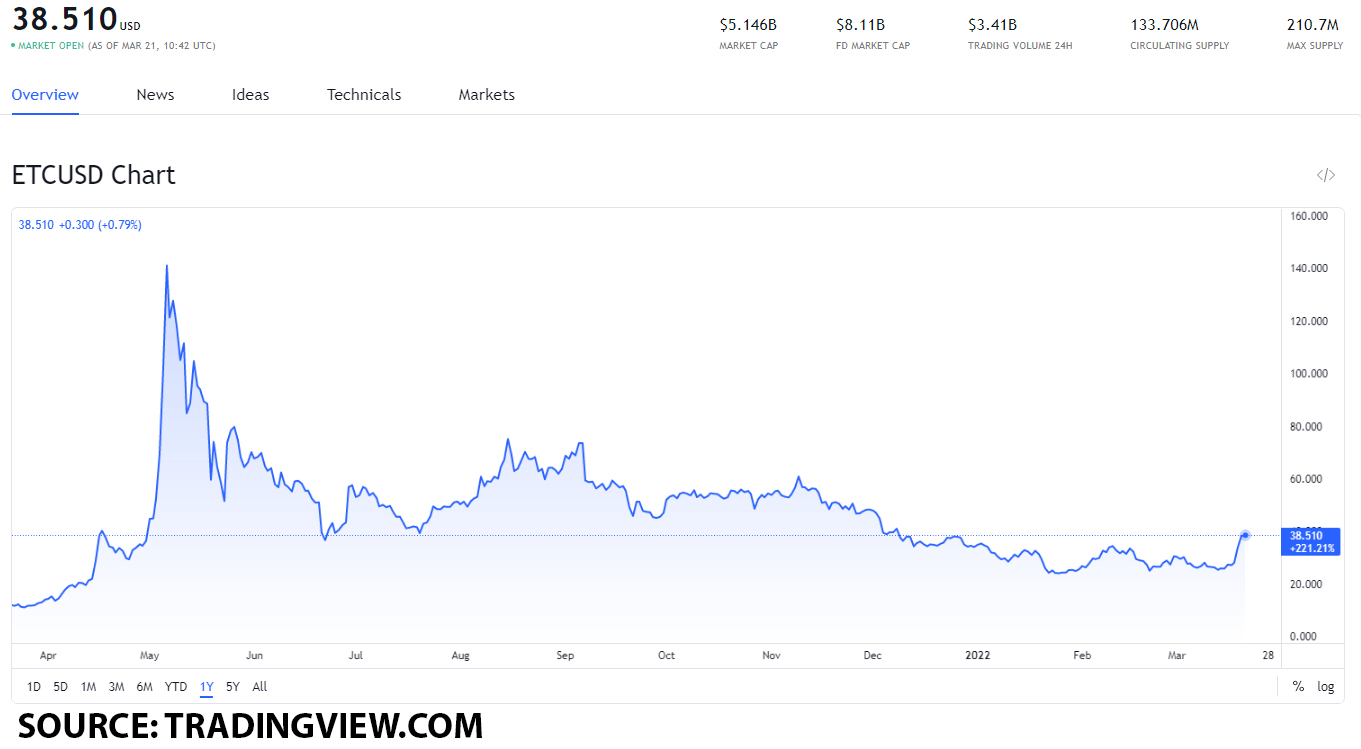 When we look at last month’s value-points regarding the ETC token, the highest value point was on February 11, when the token reached a value of $37.71.

With this in mind, we can expect the ETC token to reach $45 by the end of March, making it a solid token to buy.

As miners move to ETC, this token could increase in value tremendously after Ethereum (ETH) switches to PoS, so it is a solid purchase at this price point.