Home › Honduras could legalize Bitcoin, should you buy it?

Bitcoin (BTC) is the largest cryptocurrency in terms of market capitalization, and this has, as such, allowed it to be the main point of discussion when it comes to making cryptocurrencies legal tender.

The latest nation to truly start considering, and which might even announce the legalization of Bitcoin (BTC) as legal tender, is Honduras, and we are going to go over the event as well as how this could contribute to the growth in value of the BTC cryptocurrency token.

Bitcoin’s legalization in Honduras as a catalyst for growth

On March 21, it is expected for the Honduran President, Xiomara Castro, to declare Bitcoin (BTC) legal tender within the country.

If this were to happen, this would make Honduras the second sovereign country after El Salvador to adopt a digital currency as an official legal tender.

According to President Castro: “We must not allow El Salvador to be the only country escaping dollar hegemony. Honduras has the right to move towards the First World countries.”

However, for the time being, the nation’s FIAT currency is the Lempira, which is equal to 100 centavos.

The currency was named in honor of the Indian leader Lempira, who was killed in a fight against the Spanish colonists in 1536.

Honduras's economy has been independent and stable. It is based on the production of coffee, bananas, and even the African palm. In any case, this development could contribute to the growth of the Bitcoin (BTC) cryptocurrency token.

Should you buy Bitcoin (BTC)? 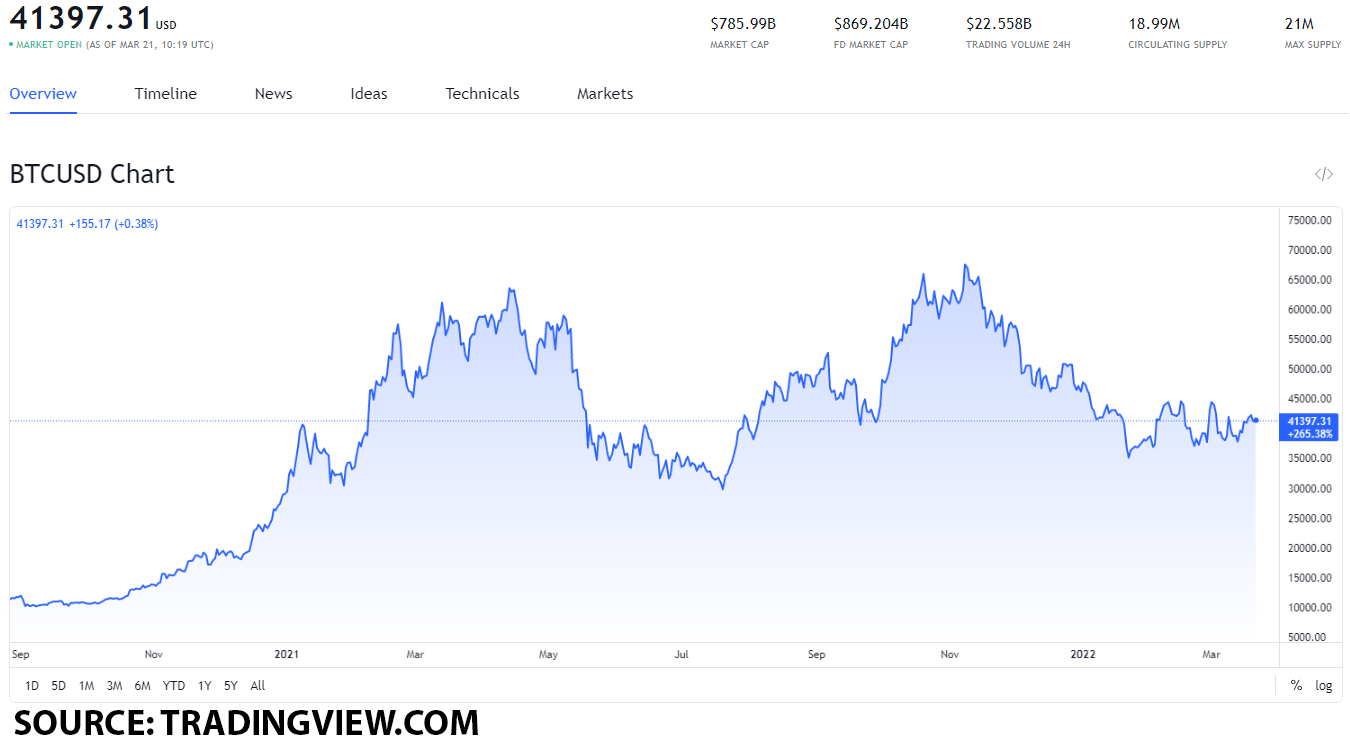 To get a better perspective as to what kind of value point this is for the BTC cryptocurrency token, we will be going over its all-time high point of value as well as its performance throughout the previous month.

When we go over the performance of the token throughout the previous month, on February 2, BTC had its highest point of value at $45,387.26.