Putting analytics and Dogecoin in the same sentence is a bit like putting ketchup on pasta – it just doesn’t feel right. Unless you have a mind-reader hooked up to the brain of Elon Musk, any sort of analysis on the world’s favourite memecoin feels futile. Having said that, that’s exactly what I’m going to do here.

Since Monday of last week, when Elon Musk promised he “won’t sell” his Doge holdings, the crypto is again back in the limelight. It’s price, of course, has jumped:

It wouldn’t be Dogecoin without some controversy, however. Cryptocurrency “influencer” (still not sure what that term means in a crypto context; I just know that it makes me uncomfortable) Matt Wallace came under fire for claims he was aiming to promote Dogecoin payments among retailers, when he was really raising funds for the project through a new token called Accept Dogecoin, rather than Doge itself.

Needless to say, Dogecoin creator Billy Markus (AKA on Twitter by the brilliant nickname Shibetoshi Nakamoto) didn’t take kindly to this.

Matt, literally, you are breaking the law. The Dogecoin Foundation is looking into taking legal action against you. You're NOT helping dogecoin. Knock it off with this "positivity" thing. There is nothing positive about being a criminal, the thing you are doing.

But for all the Twitter squabbles and shameless self-serving promotion, there is a very real army of Doge enthusiasts who have, in the past, moved this love-it-or-hate-it crypto very significantly. Perhaps more than any other, memecoins necessitate assessing sentiment and social engagement before making judgements about price. Looking at Telegram activity below, the positive sentiment has picked up recently following Elon’s affirmation of his support, with the price rising in unison and fuelling further positivity. 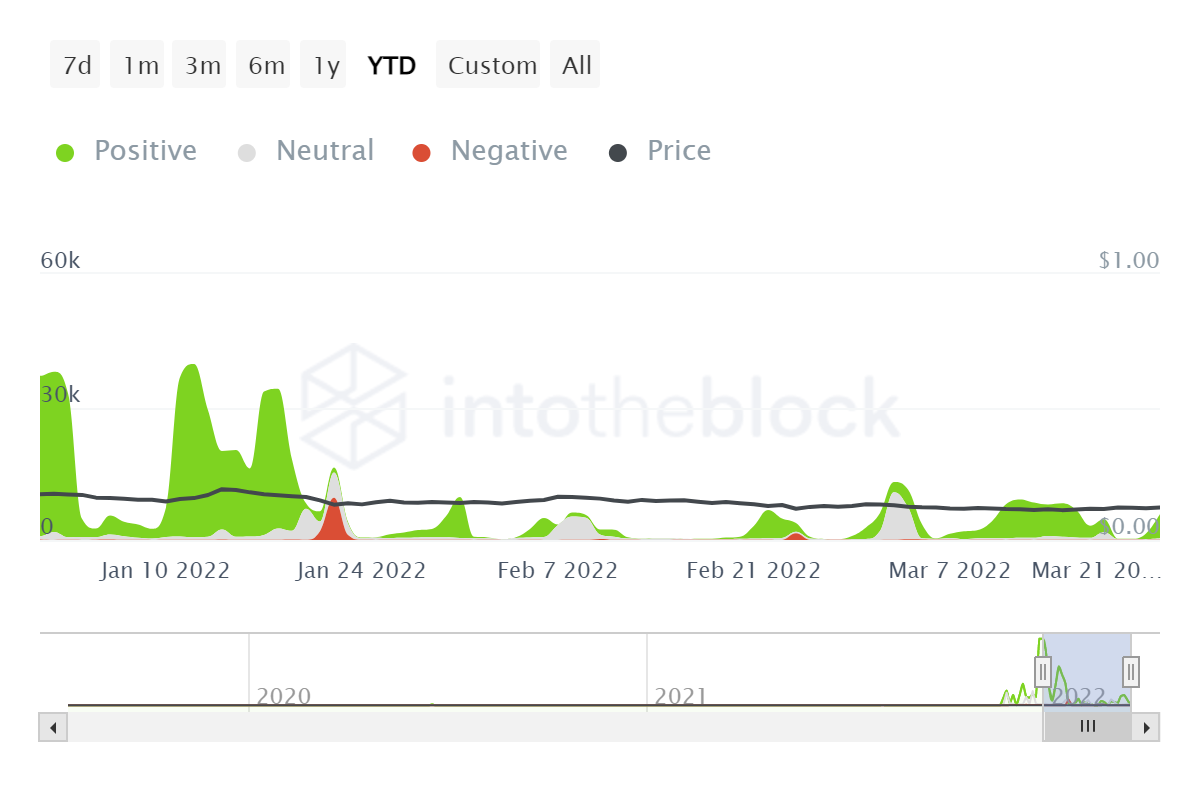 Telegram sentiment has picked up recently for Doge, off the back of Elon’s tweet and Billy’s defense, data via IntoTheBlock

If we didn’t know already, Doge very much acts in a world of its own when the hype builds up on social networks. Rhyme and reason can often be thrown out the window, and while this mini surge off the back of Elon’s tweet and subsequent controversy with Billy Markus is not on the same level as the explosive moves we have seen before, it has proven there is life in the old dog yet (pun intended).

As a general principle, for those looking for advice from this thread, it is generally better to own physical things like a home or stock in companies you think make good products, than dollars when inflation is high.

I still own & won’t sell my Bitcoin, Ethereum or Doge fwiw.

The best way to show this is perhaps the fall in correlation compared to Bitcoin over the past ten days. This is not a macro-led move by Doge – this is very much Elon-inspired and specific to Dogecoin rather than the crypto market. What I find intriguing this time is the fact that Elon also outlined he would not be selling his Bitcoin or Ethereum in the same tweet, yet it didn’t kick off any hysteria.

It’s an example which nicely highlights how little Doge actually has in common with Bitcoin or Ethereum. Doge is a memecoin, the former two are very serious assets which are attempting to solve real problems.  Having said that, despite the lack of similarity in fundamentals, the correlation between Doge and Bitcoin remains high in a vacuum: 0.42. 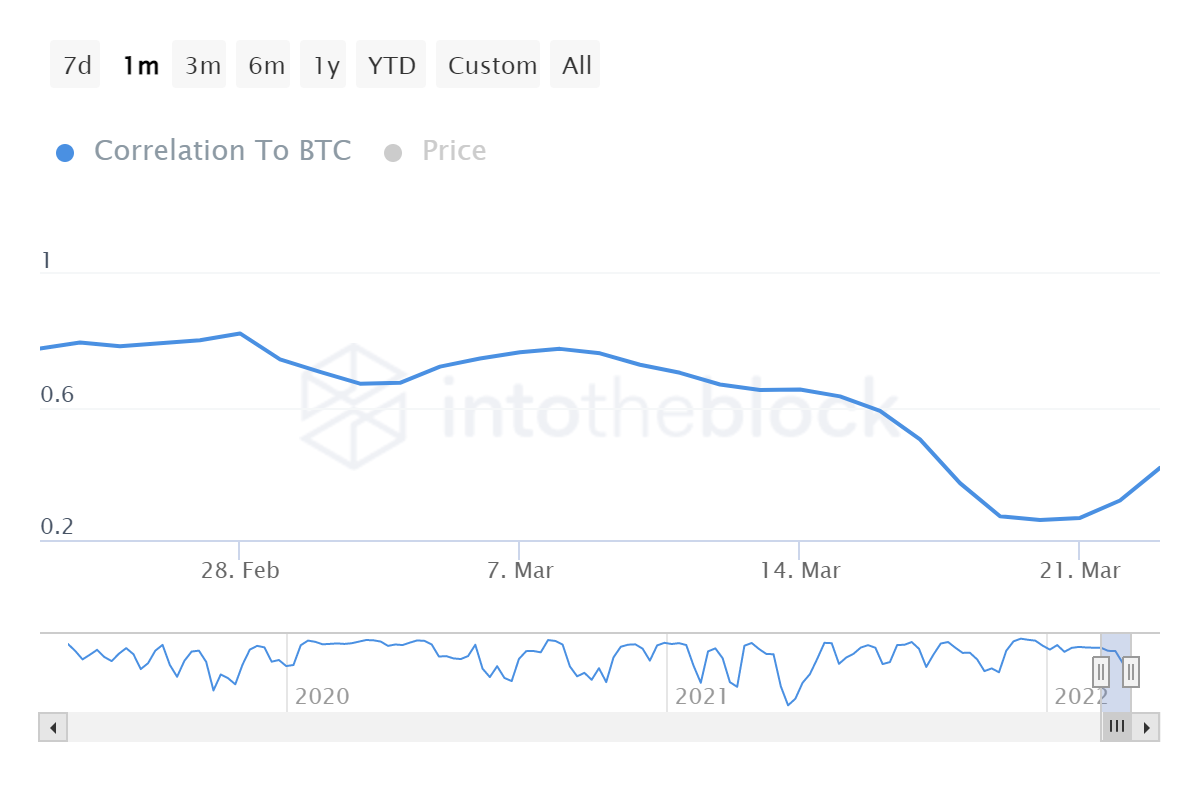 Dogecoin’s correlation has fallen over the last ten days, highlighting it’s move has very much been Elon-inspired rather than macro-related, data via IntoTheBlock

As a general principle, for those looking for advice from this thread, it is generally better to own physical things like a home or stock in companies you think make good products, than dollars when inflation is high.

I still own & won’t sell my Bitcoin, Ethereum or Doge fwiw.

It seems the world sort of forgot about Dogecoin. But in looking at the on-chain volume and social media sentiment, the signs are bullish. Of course, Doge has never been logical, so that doesn’t really mean much. But it’s still intriguing.

Finally, the proportion of in-the-money addresses is at 58% after the latest move, as the chart below shows. This tends to be a particularly strong on-chain metric for memecoins, when investors are acutely aware of their entry point, often leading to selling pressure for out-of-the-money addresses when the price reaches the break even point.

However with the recent uptick, this has tilted the balances in favour of in-the-money, likely evaporating some selling pressure and potentially leading to further momentum.

Then again, like I said in the intro – ketchup and pasta. So who knows?