Home › Crypto.com becomes the official sponsor of 2022 FIFA World Cup, how it will affect the CRO token?

Cronos (CRO) is the native cryptocurrency token used within the Chronos Chain, which is a decentralized and open-source blockchain developed by the Crypto.com company.

Cronos Chain is one of the many products available from Crypto.com, which is designed to accelerate the overall adoption of cryptocurrencies on a global scale.

The 2022 FIFA World Cup Sponsorship as a catalyst for growth

Crypto.com, through a post on Twitter, on March 23, 2022, made an announcement that it would be the official sponsor for the next World Cup in Qatar. FIFA is the international governing body for many major soccer tournaments.

In fact, the association said that Crypto.com's branding would appear inside as well as outside of stadiums for the FIFA World Cup Qatar 2022 scheduled to start throughout November.

The crypto exchange will also provide opportunities for its users to attend the matches and even win official merchandise as part of the sponsorship.

According to the FIFA Chief Commercial Officer, Kay Madati, the deal will help grow the games on a global scale, where Crypto.com’s partnership was cited with other entities around the globe.

Through this, Crypto.com will likely reach a more international crowd due to the popularity of soccer around the world.

According to FIFA, more than 3.5 billion people ended up watching the 2018 FIFA World Cup in Russia, with more than a billion watching the final match between France and Croatia.

Should you buy Cronos (CRO)? 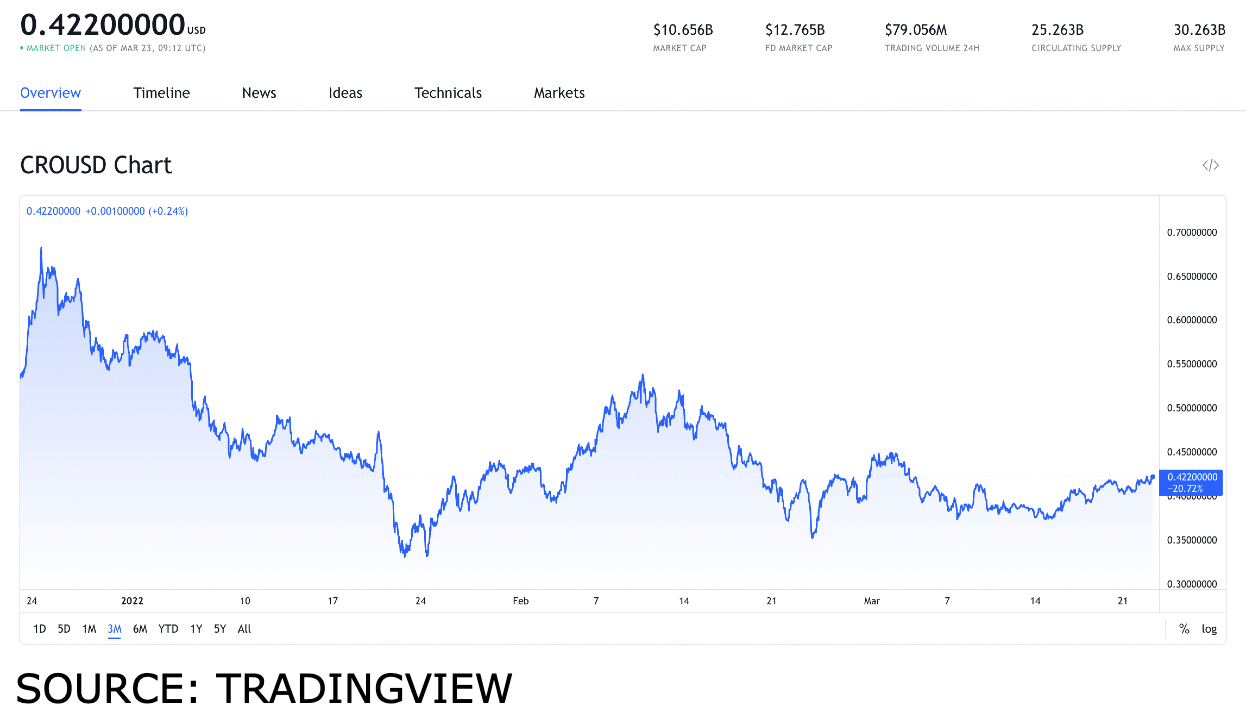 In order for us to get a better perspective as to what kind of value point this is for the CRO cryptocurrency token, we are going to go over the token’s all-time high value alongside the performance it showcased throughout the previous month.

When we go over the performance of the token throughout the previous month, Cronos (CRO) had its highest point of value on February 10, when it reached $0.5352.

With all of this taken into consideration, CRO can reach $0.6 by the end of March 2022, making it a solid token to buy.