Home › Bitcoin price forecast: BTC broke past $43k, what’s next for this cryptocurrency?

Bitcoin (BTC) is by far one of the largest cryptocurrency tokens in terms of market capitalization and overall value.

This has made the token a benchmark that other tokens follow, and its price fluctuations send shockwaves across the entire crypto industry, as its effects can be seen in the value of many altcoins as well.

Bitcoin has passed the $43,000 price point and is on its way to much higher growth.

Terra, which has been putting specific focus on plants towards establishing a $10 billion BTC allocation, has sent the value of the BTC token higher.

The co-founder of Terra, Do Kwon, through a Twitter post on March 22, 2022, first gave a $10 billion target for backing the firm’s new U.S. dollar stablecoin, which was followed by $3 billion in an interview throughout the weekend.

When the liquidity started getting up, traders were gaining confidence, alongside the spot price.

Furthermore, El Salvador pushed back the release of the "Volcano Bonds" with Bitfinex to September.

Should you buy Bitcoin (BTC)? 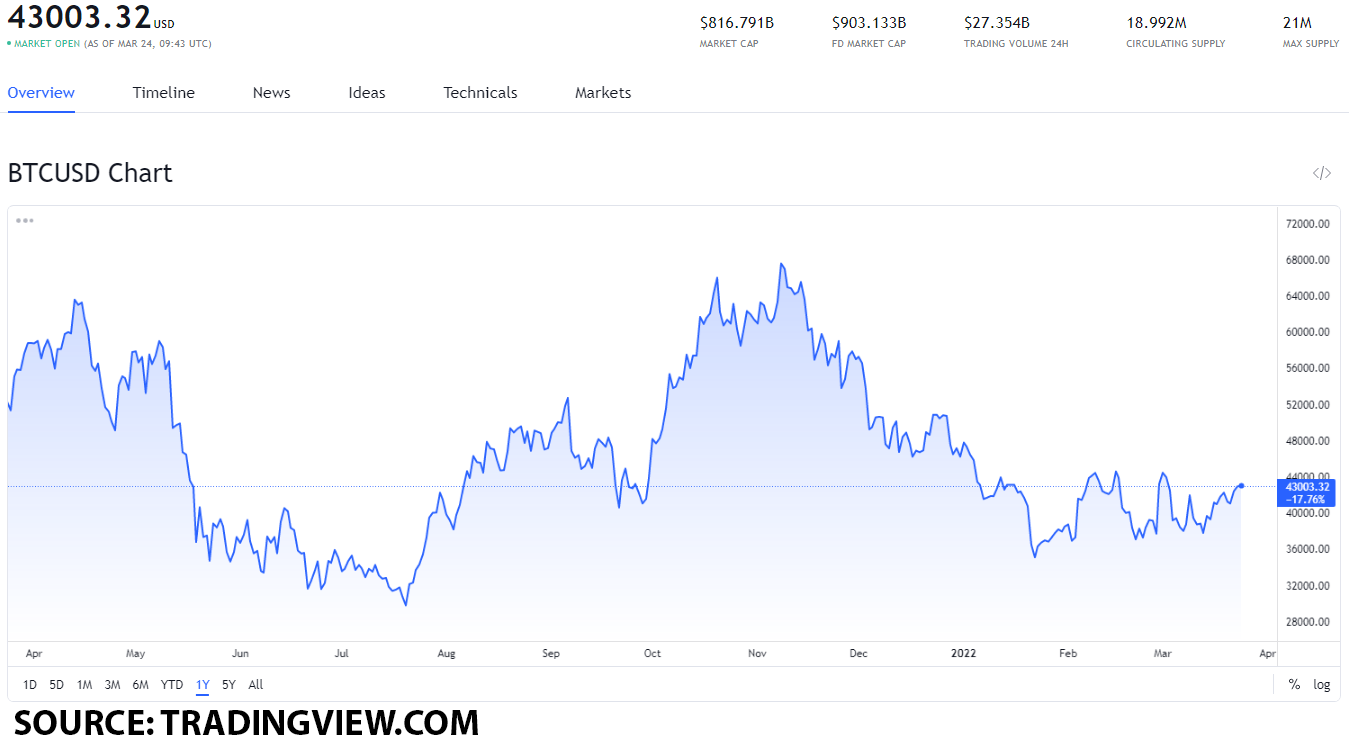 To see what this value point truly indicates for the Bitcoin (BTC) cryptocurrency token, we will be going over its all-time high value, alongside the performance it showcased throughout February.

Discussing the value of the token throughout the previous month, Bitcoin (BTC) had its highest point of value on February 10, when it reached $45,387.26.