Shiba Inu (SHIB) is an Ethereum-based altcoin known as a meme coin that features the Shiba Inu hunting dog.

It is considered by many to be an alternative to the highly popular Dogecoin (DOGE) cryptocurrency token and has a vast number of supporters, which is a community that goes by the name of the SHIBArmy.

Whales are scooping up SHIB tokens on a massive scale

According to a Twitter post by WhaleStats on March 21, which is a blockchain tracker website, the fourth largest well-known whale of Ethereum, known as "Tsunade," has purchased 1,440,208,121 SHIB tokens which at the time of the purchase were worth $1,185,696 USD. This was made through a single transaction.

While there were numerous other purchases, we can clearly see a pattern where whales are scooping up SHIB tokens on a massive scale.

This has led to a question in the minds of many investors, and this question is how will this massive purchasing trend impact the value of the SHIB token.

Let's go over the token to see how its value has been shaped thus far.

Should you buy Shiba Inu (SHIB)? 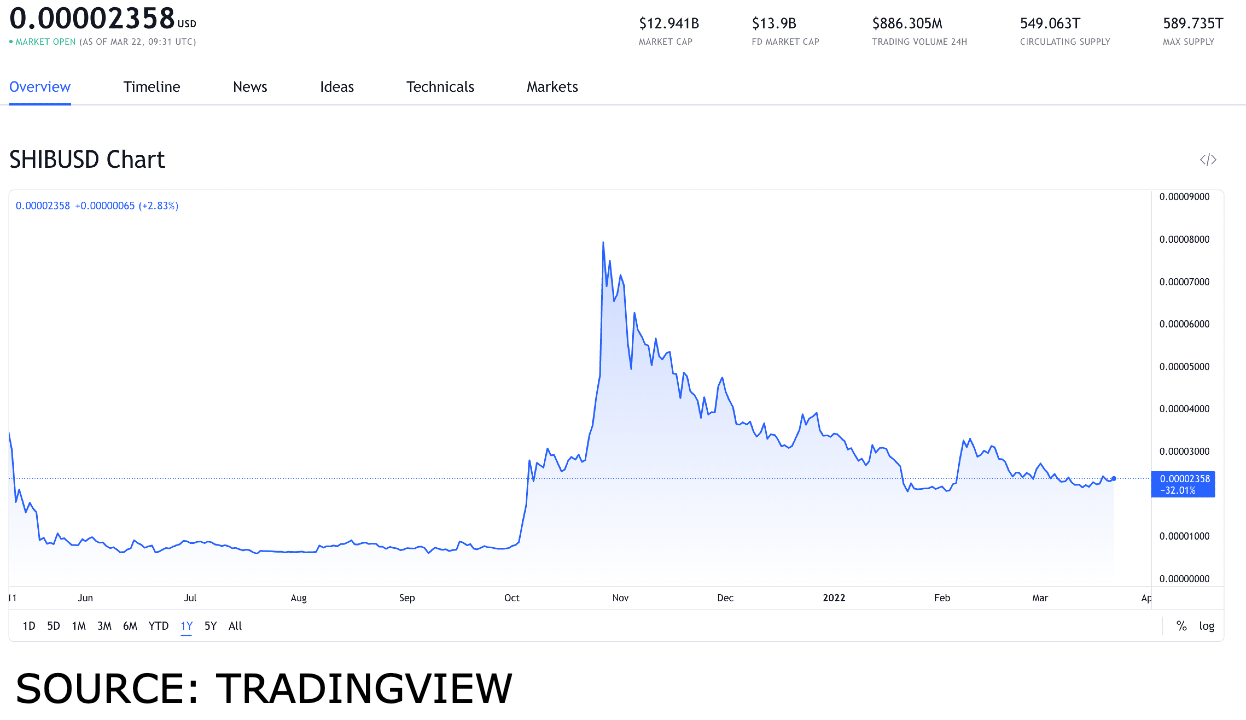 To get an indication in regards to what this value point means for the Shiba Inu (SHIB) token, we will be going over the token’s all-time high point of value, as well as the performance it showcased throughout the previous month.

When we look at the performance of the token throughout the previous month, Shiba Inu (SHIB) had its highest point of value on February 7, when it reached $0.00003477.