Home › SushiSwap price forecast: how will the “Sushi Legal Structure” proposal impact the value of SUSHI?

SushiSwap (SUSHI) was launched in August of 2020 and is a cryptocurrency token as well as a decentralized exchange.

The main goal of its launch was to offer a platform where anyone is able to swap cryptocurrency. It is software that runs on top of the Ethereum blockchain, and SUSHI also serves the role of being the exchange’s governance token.

That said, the SushiSwap community has proposed a legal structure as a means of reducing risk, and we will be going over it, as well as the type of value it could bring to the value of the SUSHI token.

The legal structure proposal as a catalyst for growth

The community surrounding the decentralized exchange, SushiSwap, has made a proposal that the decentralized autonomous organization SushiDAO should form an association or a foundation as a means of mitigating future risks.

This proposal was posted on March 20 on the SushiSwap forum, which was titled "Sushi Legal Structure" and aims to add a legal layer to the current DA for current token holders and contributors.

If this foundation or similarly structured organization were to be created, it would essentially provide legal clarity regarding rights as well as obligations for those that are involved with the project.

It would provide limited liability for token holders, where a system would be created as a means of managing administrative issues for the DO.

Should you buy SushiSwap (SUSHI)? 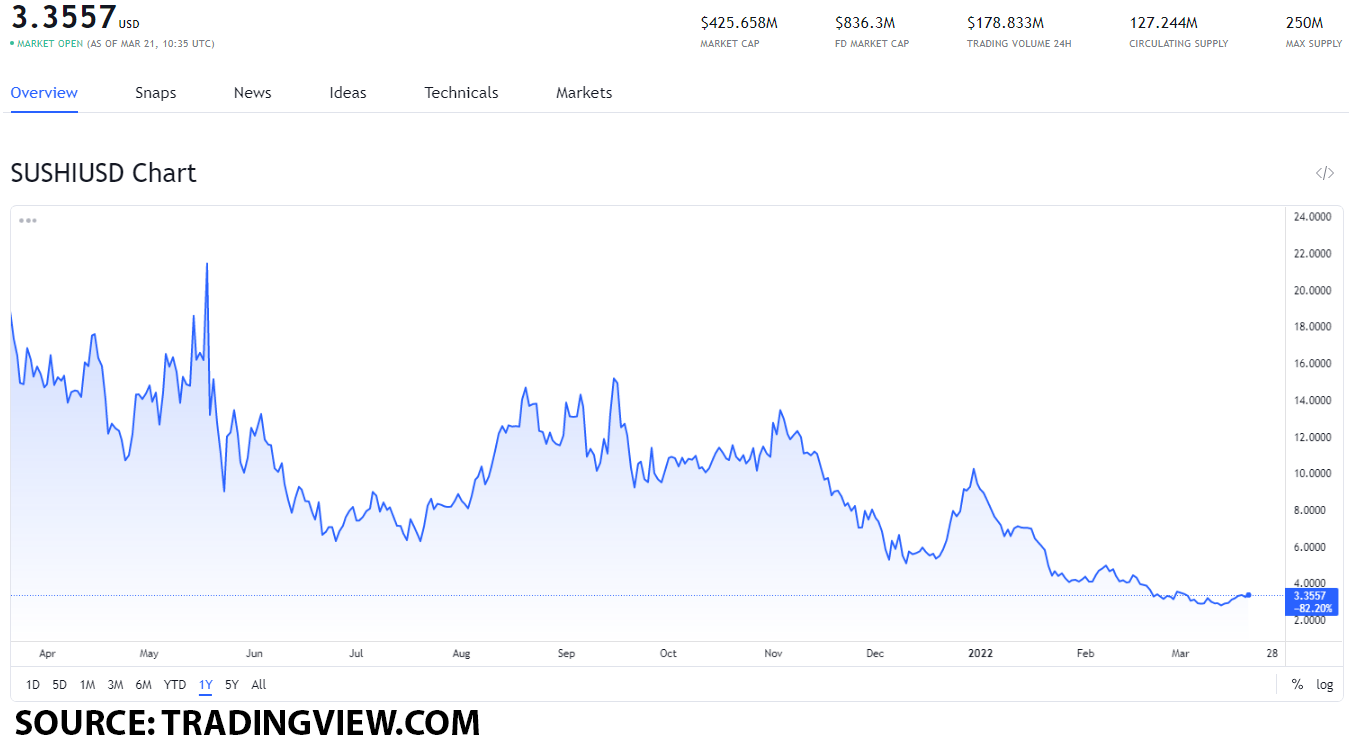 To get a better perspective as to what this value point might mean for the future growth potential of the SUSHI token, we will be taking a look at its ATH point of value as well as the performance it showcased throughout February.

When we go over the performance of the token throughout the previous month, we can see that SUSHI had its highest point on February 8, when it reached a value of $4.97.

With this in mind, we can expect the SUSHI token to reach a value of $4 by the end of March 2022, making it a solid token to buy.