THORChain (RUNE) allows trustless trading as well as token swaps for a multitude of cryptocurrencies. It is an independent blockchain that has been built through the usage of the Cosmos SDK.

The launch of Synthetic Assets as a catalyst for growth

The RUNE token has surged in value after DeFi Synthetic Assets went live on March 10, 2022.

These synthetic assets are backed by half the value of the underlying asset and half in RUNE, which in turn allows users to hold and trade a representative of a layer 1 or base asset much quicker and at a much lower cost.

THORChain allows for trustless trading and token swaps for many cryptocurrencies through RUNE. What this means is that through the utilization of RUNE as an intermediary, users can trade assets from one network to another in a decentralized manner without the usage of smart contract-based bridges.

These synthetics will lead to an increase in the overall network usage, to the network's total value locked (TVL), and all of this will result in cheaper swap fees while also generating higher income for the liquidity providers.

This will boost the interest as well as overall value in the RUNE token.

Should you buy THORChain (RUNE)? 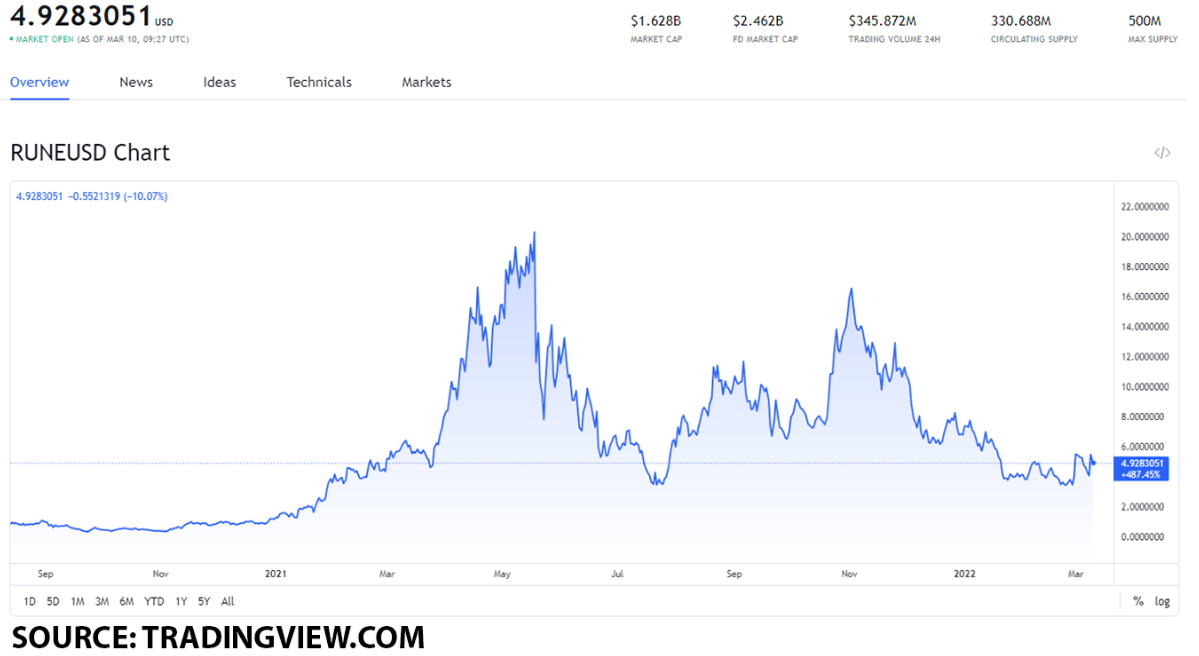 To truly see what this value point indicates for the RUNE token, we are going to go over its ATH value alongside the performance the token showcased throughout the previous month.

When we look at the token’s performance throughout the previous month, THORChain (RUNE) had its highest point of value on February 7 at $5.20.