Home › GameStop’s NFT marketplace is live and powered by Loopring L2; how will this shape the value of the LRC token?

Loopring (LRC) is an Ethereum Layer-2 zkRollup protocol that was specifically developed as a means of powering decentralized cryptocurrency exchanges.

The LRC token is essentially this ERC-20 based token.

The GameStop NFT marketplace launch as a catalyst for growth

According to an official announcement made by the Loopring Twitter page on March 23, 2022, Loopring L2 now powers the GameStop NFT marketplace.

Loopring’s Head of Growth, Adam Browman, said that this partnership was established as a means of providing fast, cheap and secure access to digital ownership for the masses.

Furthermore, he carried on to explain how users are now given the opportunity to mint NFTs directly on Loopring L2 for fractions of the costly gas fees which occur from minting on L1, which is approximately less than $1.

Beta users will get access to the massive speed improvements and lower costs and can start making deposits ahead of the full launch of the official marketplace.

Should you buy Loopring (LRC)? 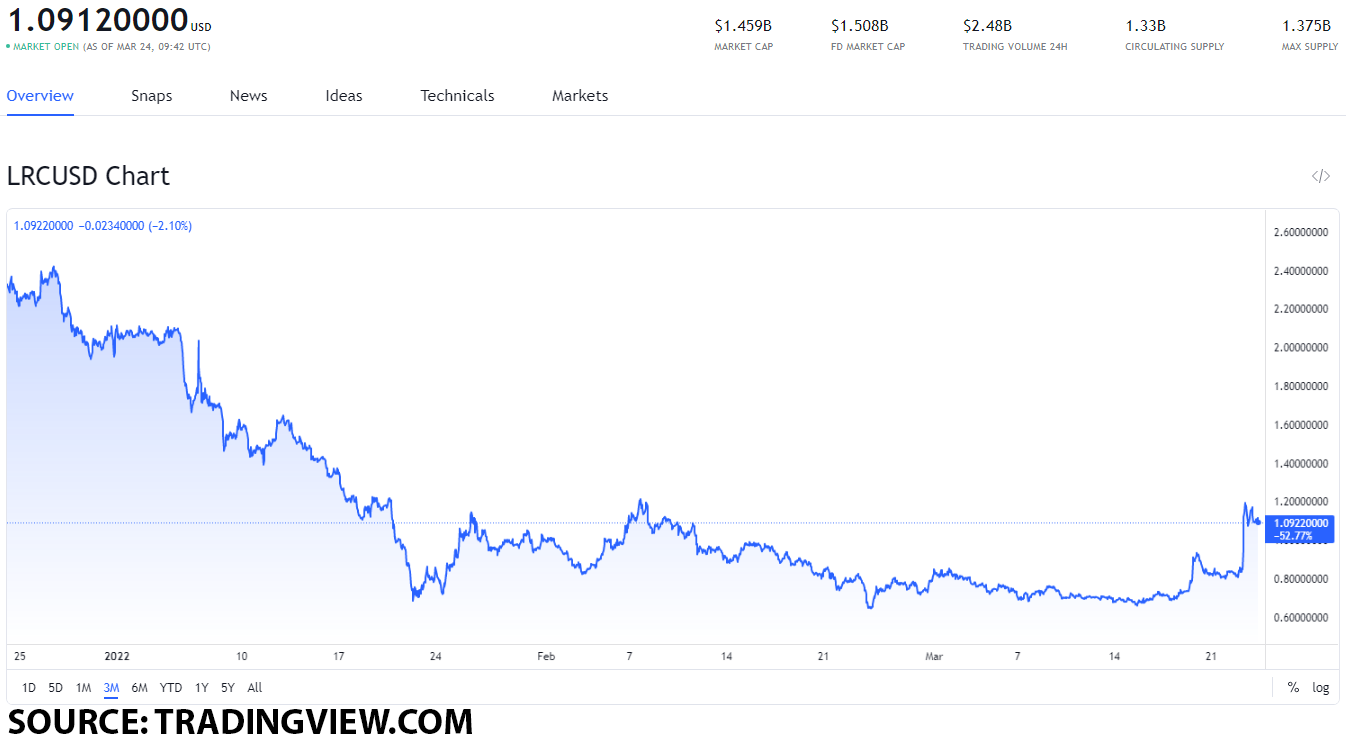 In order for us to see what kind of value point this is for the Loopring (LRC) token, we will be going over its all-time high value, alongside its performance throughout the previous month.

Now that we know the current price point and the all-time high, we will be going over February's performance.

When we take a look at the performance of the token throughout the previous month, Loopring (LRC) had its highest point of value on February 7, when the token reached a value of $1.21.

Its lowest point of the month, however, was on February 24, when the token decreased to $0.64.

With all of this taken into consideration, we can expect the LRC token to increase to a value of $1.5 by the end of March, making it a solid token to buy.