“Welcome to the meme economy”, Dank Bank’s website greets me, as I open their page. Hmm, this will be fun.

Next, I open their press release, reading that they have just secured $4.2069 million in funding. Hmm, this will be very fun (read that number again, if you don’t see it the first time).

Dank Bank are not just an amusing name. Their fundraising amount is also more than a wry-smile inducing meme – it's a big number. They are trying to capture the spirit of the crypto craziness; they are creating a meme market. More specifically, they are trying to create a meme market that rewards the stars of those memes, while allowing fans to get involved.

“Memes and viral videos are the most universally recognized form of media ever created”, Dank Bank CEO, Harry Jones, explains. “Doge and Bad Luck Brian are more recognizable images and cultural sensations than any Picasso painting. Why were they never compensated for that?”.

Jones has a point. I'm not sure I know many Picasso paintings, but I would certainly recognize Charlie from "Charlie Bit My Finger", or Disaster Girl. Memes go viral at the speed of the light, yet the “star” (“creator”? “subject”?) of the meme has no control over the process, nor do they ever give permission. More importantly, they don’t get paid.

“Viral internet content has been near impossible to monetize until now”, Jones adds.

This is one of the oft-cited advantages of NFTs – a way for artists to monetise their property and earn a fairer slice of the pie. Or, to be frank, to earn any slice of the pie at all. Memes are no different. Take Kyle Craven, who you may know better as “Bad Luck Brian”. He lauds NFTs as “the only thing that memes can do to take control”. Bad Luck Brian is currently listed on Dank Bank. The price? A cool $400,000. Can you see why artists are happy?

For anyone who scoffs at memes as silly and worthless, I disagree. The Internet is all-encompassing, and the fact is that memes are the most recognisable form of “art” on it. They are a pop-culture phenomenon, and whether you love or hate them, they certainly have value. Shared around the world, provoking laughter, scorn, even information – of course creators deserve their piece.

Dogecoin was all anyone talked about through COVID – can you imagine being Itsuko Sato or Kabosu, creators of the meme that launched a cryptocurrency, which, at one stage, was worth $40 billion? You’d feel you deserve a little bit of compensation, no? 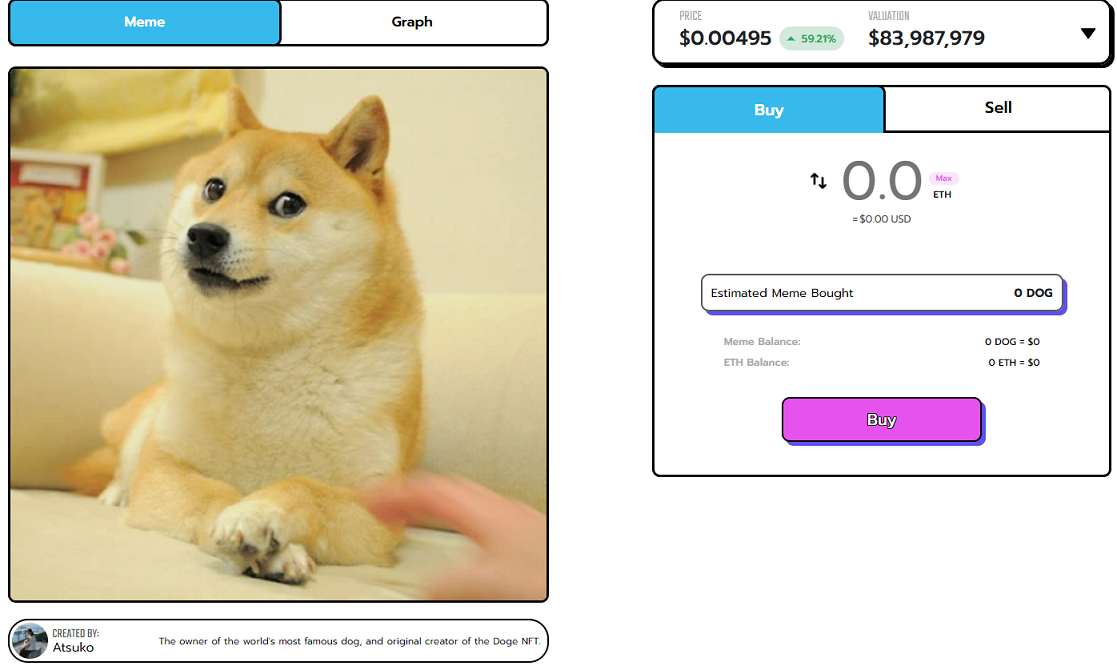 The king of all memes, Doge, listed on Dank Bank. Hey Elon, you reading this?

The website sums it up as well as I could: “The creators of the internet’s most legendary memes and viral videos mint NFTs which are then authenticated by our highly-trained team of memelords. Creators aren’t greedy hyper-capitalists looking to make a quick buck, they’re regular people who became universally recognized cultural symbols without any monetary reward”.

These NFTs are then sliced into thousands of pieces that investors can buy, sell and trade on the open market. And that, pretty much, is that. The fractions of NFTs available mean smaller buy-ins, more accessibility and hence a wider target demographic for Dank Bank. 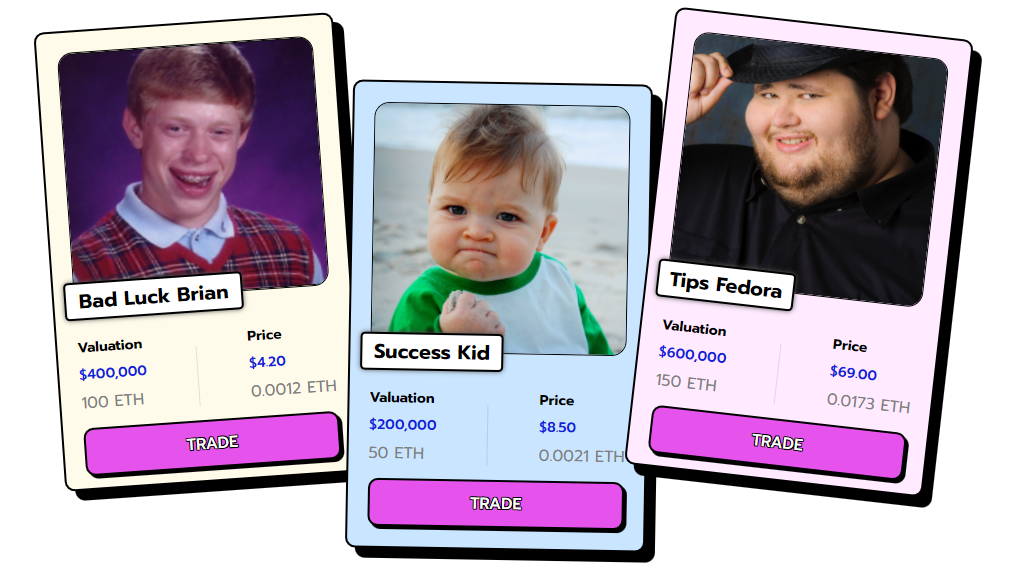 With funding raised from parties including Mechanism Capital, Samsung NEXT, former Coinbase CTO Balaji Srinivasan and Morningstar Ventures, Dank Bank will be an interesting one to follow. Memes are unlike anything else, and their worth to modern society is – as weird as it sounds – undisputable.

So, an NFT market specialising in this sector is a neat idea. A marketplace where meme lovers can purchase a piece of their favourite memes, with creators receiving a windfall for their intellectual property – it makes sense.

In an ultra-competitive NFT space, it will be intriguing to see if Dank Bank can establish themselves as the go-to marketplace, and actually pull it off.