Home › Before the launch of the Hydra upgrade, should you buy ADA?

Cardano (ADA) is a Proof-of-Stake (PoS) blockchain network that is specifically founded on peer-reviewed research.

It is made to enable decentralized application (dApp) development with a multi-asset ledger and verifiable smart contracts.

The Hydra Upgrade launch as a catalyst for growth

The first Hydra Heads have been opened within the Cardano public testnet.

What this essentially means is that features of the Layer-2 scaling solutions can now be tested out, which is an indication that the launch of this protocol is getting near.

Additionally, the founder of Cardano, Charles Hoskinson, took to Twitter to truly applaud the team on the day of the announcement, March 16, 2022.

Hoskinson stated: “I’m extremely proud of the Hydra team for making this milestone. It’s one of the fastest and best pieces of applied research in the Cardano Ecosystem.”.

Note that the development of this protocol began in 2020 and has since been developed into a Proof-of-Concept.

Should you buy Cardano (ADA)? 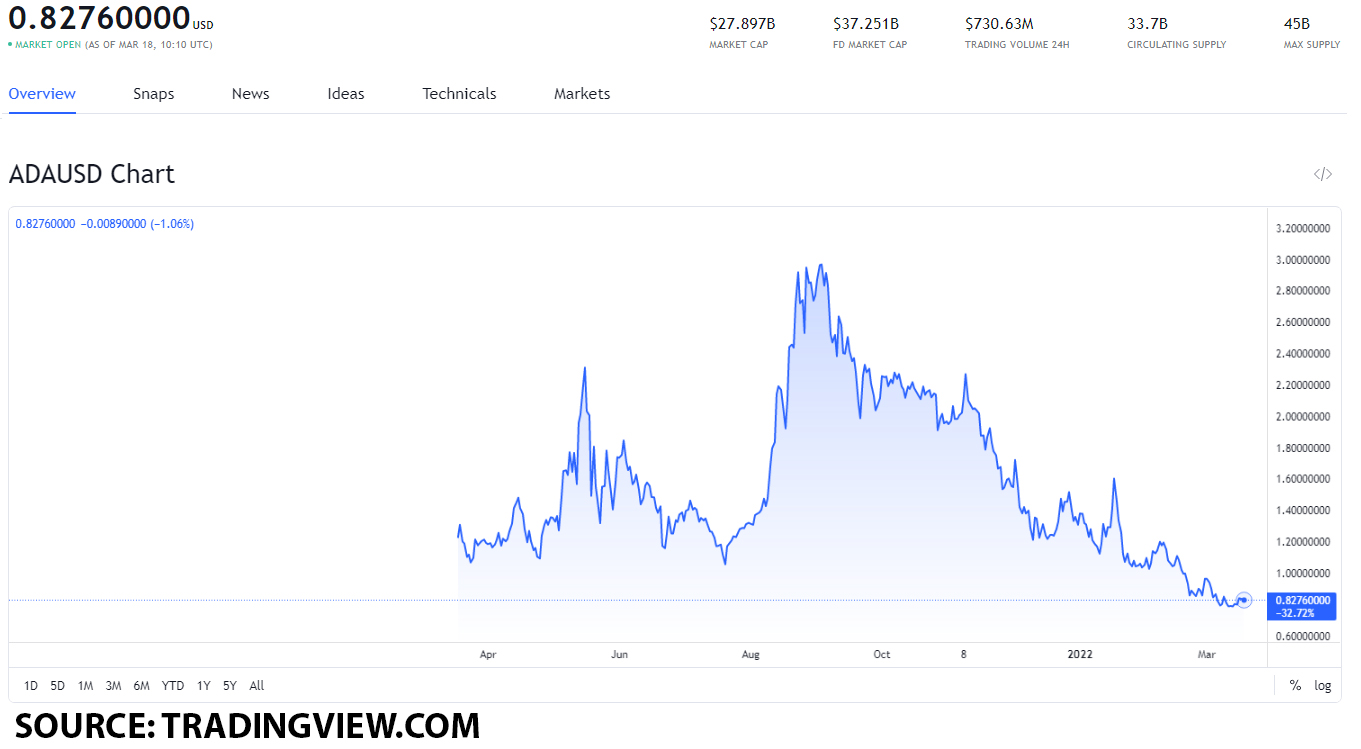 As a means of getting an indication as to what this value point truly means for the ADA cryptocurrency token, we will be going over its ATH point of value as well as the performance in February.

Looking at February’s performance in regards to the Cardano (ADA) token, it had its highest point of value on February 8 when it reached a value of $1.2494.

With this in mind, we can expect Cardano (ADA) to reach a value of $1 by the end of March 2022, making it a solid token to buy.