Home › After SushiSwap launched Trident Beta on Polygon, how will the value of SUSHI and MATIC evolve?

SushiSwap (SUSHI) is software that runs on top of the Ethereum blockchain network that aims to incentivize a network of users to operate a platform where anyone can buy or sell cryptocurrencies. To do so, it utilizes a collection of liquidity pools.

Polygon (MATIC) is a layer-2 scaling solution that runs alongside EThereum and allows for quick transactions with low fees. MATIC is the native token that powers the Polygon network.

On March 16, 2022, SushiSwap made an official announcement on their Twitter page that Trident is live on Polygon. “Tri” is their phase 1 Trident release.

Keep in mind, however, that this is their preview release and that SushiSwap advised users to use it at their own risk.

This could result in an increase in the value of the SUSHI and the MATIC tokens.

Should you buy SushiSwap (SUSHI)? 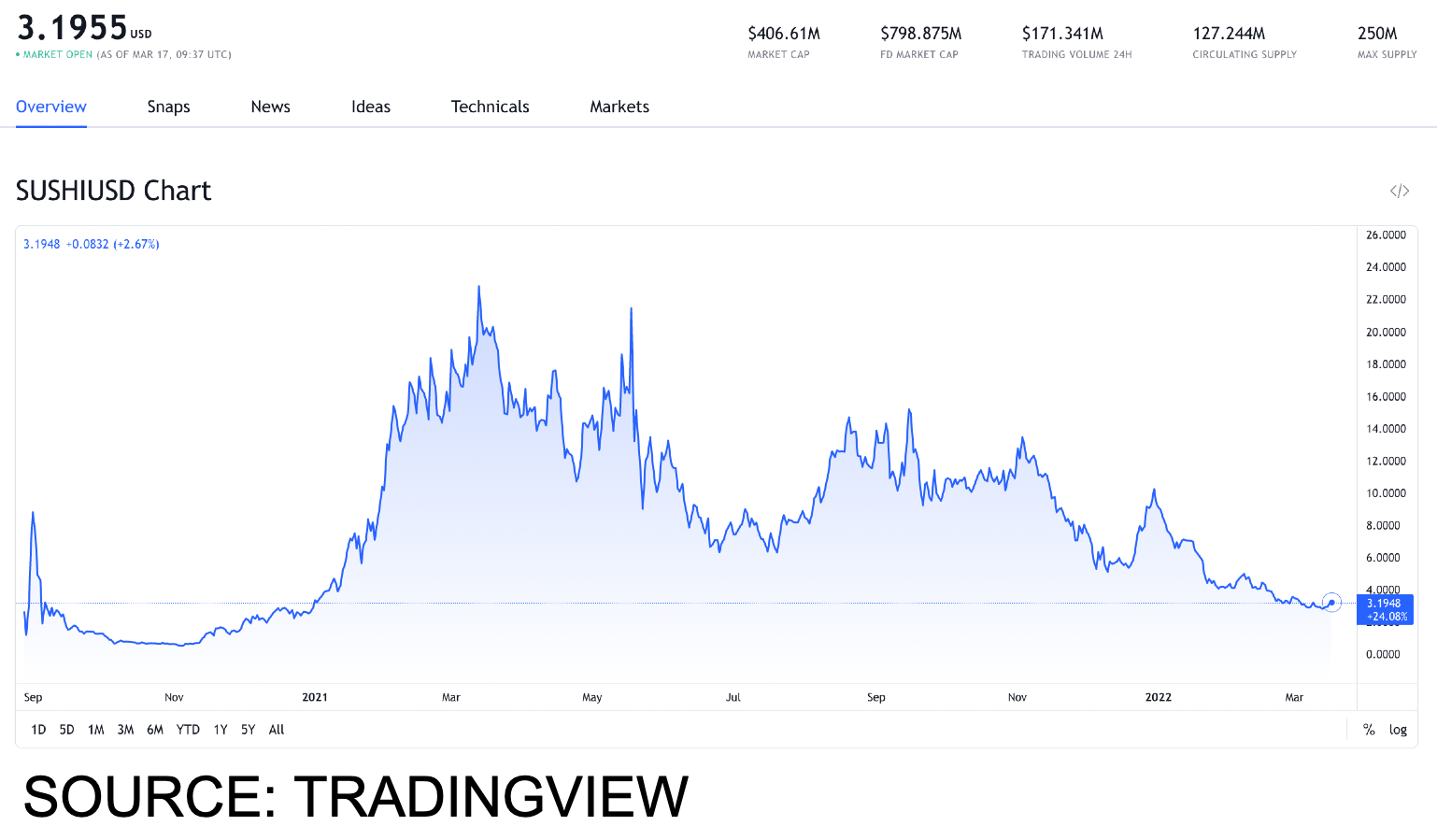 When we go over the performance of the token throughout the previous month, SushiSwap (SUSHI) had its highest point of value on February 8 with a value of $4.97.

Should you buy Polygon (MATIC)? 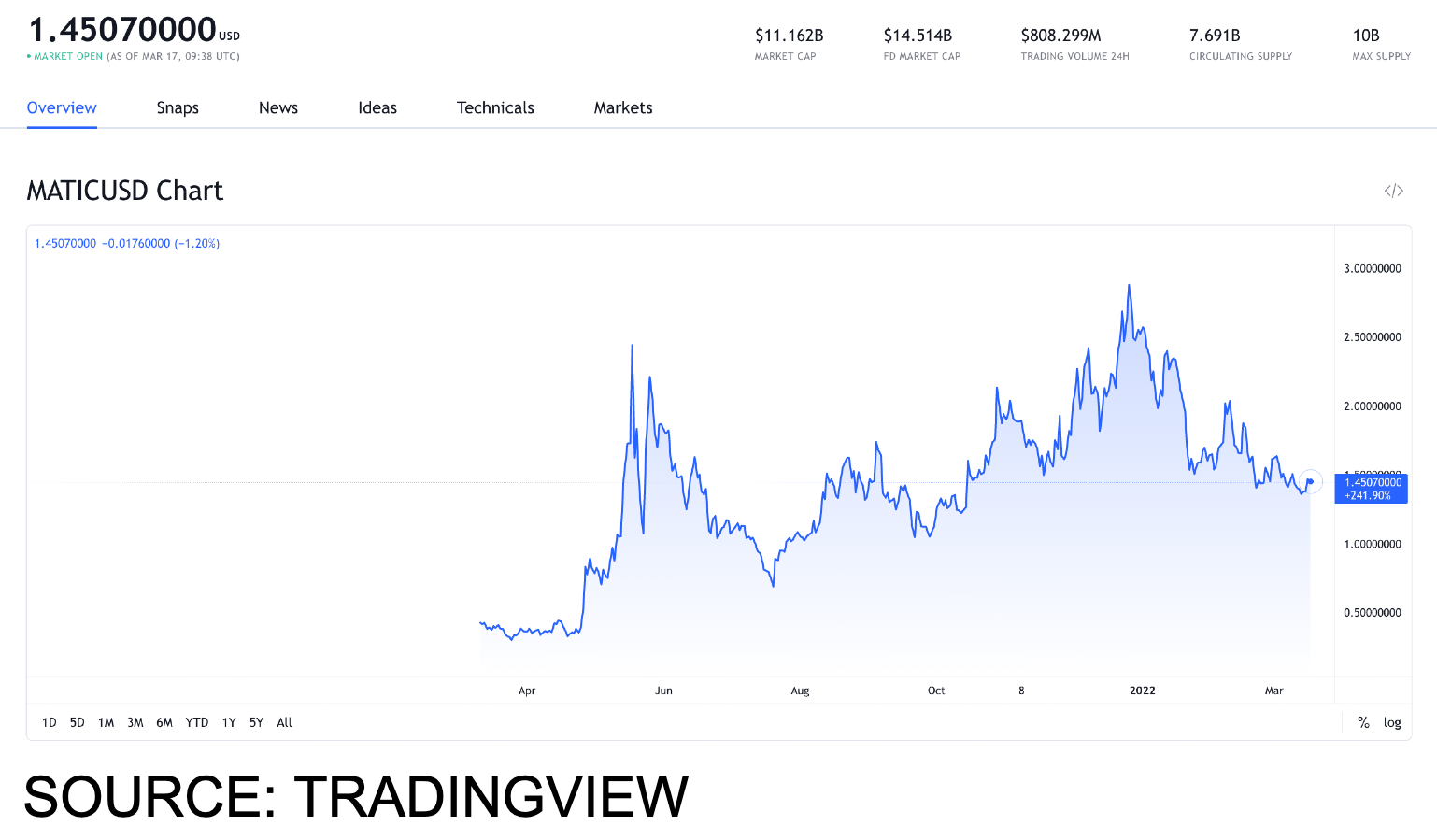 Looking at the all-time high point of value for the Polygon (MATIC) token, we can see that this value was achieved on December 27, 2021, when the token reached a value of $2.92.

Discussing the performance of the token throughout the previous month, Polygon (MATIC) had its highest point of value on February 7 at $2.07.